Many people with copper issues have been asking about the connection with methylation and histamine, so this article was inspired to offer a little more clarity in this regard. In fact, understanding methylation can be helpful in developing an effective detoxification protocol (whether it be from copper, some other metal, or any other toxin).  Keep in mind methylation is an infinitely complex and confusing topic with many variants. This article aims to provide a high level condensed overview only.

Methylation, quite simply, is a process that turns on systems within the body. It is foundational in many emotional or psychological or brain development disorders and, in the context of toxic levels of copper and other minerals and metals, converts these toxins into water-soluble compounds which can then be more easily eliminated. It is therefore a key component of being able to properly detox.  As copper rises, zinc decreases. Inadequate zinc inhibits the methylation process, which blocks proper detoxification, allowing copper to rise further, and eventually leads to physical weakness and emotional instability. Starting a detox without proper methylation can negatively impact the patient, physically and/or psychologically.

People are either over-methylators, normal methylators, or under-methylators. Though both over and under methylators have good qualities, they each have profoundly negative consequences as well.  People are usually one or the other, and for the most part are 'born that way', predisposed by parental genetics.  Though the predisposition can be maternal or even from the great grandparents, quite often it comes from the father. "Many fathers we’re seeing are very key in unfortunately most of the pathology we see in their children" saysDr. Albert Mensah.  Before we more closely examine over-methylation and under-methylation, let's first understand methylation's relationship with histamine.

Histamine, found throughout the body, often to leads to itchiness, runny nose, coughing, headaches, inflammation, sore throat (common typical "allergy reactions").  This is why one takes antihistamines in the treatment of allergies (to inhibit the effects of histamine).  Histamine also signals gastric acid production in the gut and functions like a neurotransmitter in the brain, affecting both hunger as well as the sleep cycle. When histamine is high you tend to stay awake while low histamine helps you sleep.   Methyl groups help to deactivate histamine.  Over-methylators (typically common among creative folks in the arts) usually have low histamine, while under-methylators (more analytical and systematic in nature and career) typically have higher histamine. That being said, high histamine can sometimes also exist in over-methylators.

As copper initially increases, so too do the levels of the copper containing enzymes histaminase and ceruloplasmin, which then leads to histamine breakdown. Low histamine allows copper to rise further, and is a sign of over-methylation, which then leads to an overproduction of dopamine, norepinephrine, and serotonin.  This overproduction is not a good thing. High levels of copper increase the conversion of dopamine (the feel good hormone) into norepinephrine (leading to anxiety and later depression).  On the other side of the coin, under-methylation stops those neurotransmitters from doing their job. When serotonin is not methylated, it becomes inactivated and leads to depression. This is just one example of why proper methylation is so important, and how it affects one's mindset.  Studies in fact show that high copper, low histamine, and over-methylation are traits found in the majority of paranoid schizophrenic and mentally ill patients.  Another important point to understand regarding these neurotransmitters is that measuring these neurotransmitter levels on a test doesn't tell you much. What's more important than their levels is the methylation activity.  Methylation turns on these neurotransmitters, and so even if your test shows normal neurotransmitter levels, if they don't have enough methyl, they remain inactive and aren't able to do their job.

Copper toxicity (including correspondingly low zinc) is most often associated with over-methylation (histapenia). In the case of over-methylation, there is an under functioning of metallothionein, partly due to the lack of zinc which is required for metallothionein formation. Metallothionein is essential for the regulation of the copper / zinc balance, the body's ability to cope with and eliminate heavy metals, as well as affecting immune, digestive, and brain functions. Over methylation, as mentioned earlier, causes the overproduction of neurotransmitters including serotonin and norepinephrine, which can then result in high anxiety, reduced libido, confusion, and various forms of mental illness (especially paranoid schizophrenia). Other symptoms of over-methylation may include depression, frustration, sleep disorders, self mutilation/cutting, increased pain tolerance, weight gain, paranoid thoughts and/or auditory hallucinations, delusions, belief that people think ill of them, self-imposed isolation and/or withdrawal.

Under-methylation (histadelic) can interestingly enough also occur as a result of copper toxicity. High levels of bio-unavailable copper can lead to under-methylation by way of poor gut health. Copper is a natural anti-fungal and helps control candida. However, when copper becomes bio-unavailable, it's ability to control candida falters, and candida is then allowed to flourish. Candida impairs the methylation process. Furthermore, candida produces a toxic byproduct called Acetylaldehyde which, coincidentally, is also a byproduct of ethanol.  Note that the following symptoms are all common between a hangover, a yeast infection, and under-methylation: fatigue, foggy thinking, irritability, depression, and headaches.   The presence of gut bacteria by-products raises histamine. Meanwhile, those with gut issues will have reduced histamine-lowering-enzyme production, which makes it harder to eliminate histamine, thereby increasing levels. All these factors can mean under-methylation for the copper toxic individual.  With under-methylation (typically a sign of high histamine and low copper (or rather high bio-unavailable copper)), neurotransmitter function, cell membrane function, and cellular energy transfer decline. At this point we need to bring the amino acids homocysteine (a toxic amino acid) and methionine (an essential amino acid) into the discussion. Methylation converts the amino acid methionine into its by-product homocysteine as well as converts homocysteine back into methionine. With under-methylation, this continual conversion process is impaired.  Lowered homocysteine and subsequently low methionine result, as does a high level of histamine as there are a lack of methyl groups available to deactivate it.  Here's where things become more complicated. Stressors such as coffee, alcohol, lifestyle, and copper toxicity itself all contribute to raising homocysteine, as does low intake of vitamins B12, B5, B6 and poor absorption or intake of folic acid (see mention of MTHFR defect below). B12 deficiency is common among vegetarians, and a lack of B12 impairs methylation. As Dr. Albert Mensah explains below, under-methylators are not advised to live on vegetarian/vegan diets.

"Folic acid in an undermethylator is a big problem, because it actually strips you of methyl at the level of DNA. DNA level is in the nucleus of the cell where all the instructions are made.Now that same folic acid works differently outside the nucleus of the cell. There, it actually gives lots of methyl into the system. What many people, what many practitioners don’t understand is this role of duality of folic acid. In one area, it’s a donor of methyl. So for an undermethylator, they think if you give folic acid, that’s a great thing. In actuality, that’s not correct because in the nucleus where we’re trying to affect change, where the command center is, folic acid removes methyl. So that can inhibit any detoxification process. And where do we find lots of folic acid? In dark green leafy vegetables, in soy, in lutein, in satay, different proteins along those lines can be rich in folic acid. For the under-methylator, these are the individuals who really should not live a life of strict vegetarianism."

Let's take a closer look at homocysteine. Methylation is needed in order to convert this toxic amino acid into vital methionine.  Improper conversion and the stressors previously mentioned can result in higher levels of homocysteine. Other factors that also contribute to higher homocysteine levels include lack of exercise, processed foods, family history of vascular disease, inadequate levels of bioavailable copper, zinc, magnesium, family history of depression, smoking, and birth control usage.  Furthermore, low activity of the gene that regulates the enzyme MTHFR will lead to increased homocysteine. About half the population have a genetic variant of the MTHFR enzyme which predisposes them to increased difficulty resynthesizing methionine.  High homocysteine is a primary risk factor for vascular disease and predisposes people to a higher risk of Alzheimer's, dementia, decline in memory and judgment, mental illness, and lowered mood / depression.  Most often, homocysteine has accumulated due to a lack of necessary nutrients (most notably the B vitamins, zinc, and folate (folate should be taken together with B12)).  TMG is also very helpful in maintaining a healthier homocysteine level.

Determining your methylation status can easily be done through a whole blood histamine test, assessed by a skilled practitioner in the field.

"One of the key things you first have to understand is who you are biochemically and how the wrong detox mechanism can affect you psychologically and psychiatrically." ~Dr. Mensah

For over-methylators, B12, niacin amide, DMAE, choline, manganese, zinc, omega-3 essential oils (DHA and EPA), folic acid, and vitamins C and E are often recommended, while methionine, SAMe, inositol, TMG and DMG are avoided. Meat can also be greatly reduced (NOT eliminated) in favour of more vegetables, and especially if a MTHFR defect is found.   Folate is found largely in cooked dark green veggies. MTHFR defect reduces the ability to convert folic acid into the active form of the vitamin (folate).  At least 1.5 cups of cooked greens 3x week is needed to overcome a copying defect. Supplementing with methyl folate will also be very beneficial.   There are 50+ variants of the MTHFR enzyme (polymorphisms) which affect the effectiveness of MTHFR, especially if not enough folic acid is consumed.  The MTHFR variants are not a defect in the gene per se, but rather a transcription error which is widely caused by zinc deficiency, copper toxicity and mercury.

Under-methylators generally need to correct an underlying deficiency in calcium, magnesium, methionine, B6, and B12.  SAMe and TMG can be beneficial, and organic meat sources should be increased.

When high histamine is present, then any supplements that raise histamine should be avoided or limited. This includes niacin, folic acid, and B12.   Taking antihistamines will help. Magnesium and Vitamin C are natural anti-histamines. Focusing on gut health will also help, as will increasing intake of antioxidants.

To lower homocysteine, folic acid with B12, B6, as well as TMG supplementation have effectively been used commonplace for decades.

Now, a key question is, is addressing methylation absolutely necessary for copper detoxing? This could be debated. While biochemically there exists very good scientific understanding of the methylation process, there is less clarity behind using methylation in a practical approach to clinical nutrition. While understanding one's methylation status can certainly be useful (as addressed above), it can also be a costly distraction from working with the fundamentals of nutritional balancing of which minerals take primary importance. In fact, as mineral levels come into better balance, so too can one's methylation improve. 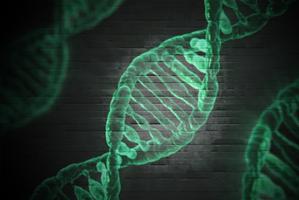 Basics of Methylation and Histamine