This article looks at one of the most important yet underrated minerals in the body, magnesium.  As important as it is, approximately 80% of the population is deficient in this essential nutrient.

Magnesium is responsible for over 300 enzymatic processes in the body, It controls our ability to handle stress. We need it for the health of our bones and making calcium bioavailable, we need it to regulate blood pressure, to maintain the health of our liver and adrenals, for muscular strength, to properly assimilate Vitamin D (that's right...if your vitamin D is low, there's a good chance it's because you have low magnesium), to prevent cancer, to enhance circulation, to create energy, to provide normal function of the parathyroid gland and to prevent calcification of organs and tissues, and to give life to every single human cell. Most doctors do not test for it, nor does deficiency usually show up in blood tests.  It therefore goes unnoticed, and in many cases patients are treated with harmful drugs instead of simple supplementation.

"Magnesium is the most critical mineral required for electrical stability of every cell in the body.

A magnesium deficiency may be responsible for more diseases than any other nutrient." ~ Dr. Norman Shealy

Signs of magnesium deficiency are numerous, and may include any of the following: leg cramps, muscle twitches and tightness, reduction in appetite, fatigue, weakness, tension headaches, eye twitches, tightness in chest (sensation of being unable to take a deep inhalation, or sighing a lot), mitral valve prolapse, constipation, kidney stones, menstrual cramps, back pain, insulin resistance, high blood pressure, insomnia, headaches and migraines, angina, heart arrhythmias, numbness, constipation, and seizures.  Beyond the physical, magnesium deficiency also affects the brain, leading to additional symptoms such as: clouded thinking, disorientation, depression, hallucinations, anxiety, irritability, panic attacks, agoraphobia, personality changes.  Magnesium deficiency can also exacerbate osteoporosis, and plays a major role in diabetes and most if not all cardiovascular problems - in fact it is a common thread among all these conditions. Deficiency takes a toll on the adrenals as well, keeping adrenal flowing and the person in a constant state of fight or flight - all the while wearing down the adrenals.

When one comes to understand the inter-relationship of minerals  and how minerals affect both physical and psychological outcomes, we can better understand the role magnesium deficiency might play in conditions such as ADD, or in behavioral abnormalities. Let’s look at an example. Many of our current lifestyle factors (as I’ll discuss in the paragraph) deplete magnesium, stress being one of the biggest factors. As magnesium drops, the calcium to magnesium rises, and this leads various forms of addictive behavior (ranging from alcoholism to sugar to sexual addictions). As magnesium (the calming mineral) drops, sodium (the stress mineral) rises. This rise in sodium creates a high sodium to potassium ratio (known as the stress ratio), and this in turn increases feelings of anger, fear, anxiety, depression. This high Na/K ratio further increases the burning of magnesium, and a vicious cycle is created. When stress becomes too intense, the person subconsciously feels a need to numb their emotions, and once again this is played out through addictive behavior. Magnesium deficiency supports denial, interferes with memory and concentration, and even increases the risk of violence.

So, why is magnesium deficiency so prevalent? In large part it's because naturally occurring magnesium has been removed from our drinking water (through treatment) and diet (food processing and soil nutrient depletion). But that’s just one reason. Other factors include not eating enough greens (which are high in magnesium), copper retention/toxicity and stress in the body (which depletes magnesium), and consumption of coffee, alcohol, sugar, high phytic acid foods, prescription medications, diuretics, birth control pills…ALL of which deplete magnesium!!  Vitamin D supplementation will also have a lowering effect on magnesium, food processing depletes magnesium, glyphosate sprayed on crops chelates out magnesium...as you can see it is almost impossible for most of us to avoid the effects of magnesium depletion in our soil, food, and bodies.

For this reason, most people can benefit from magnesium supplementation. Ideally the best source is through diet (greens and nuts). Drinking magnesium citrate powder in water or transdermal magnesium therapy are also effective. Be careful not to over-supplement as taking too much magnesium can also cause problems by depleting antagonistic minerals. This is another reason why first having a HTMA test done first is so important.

“There is a power and a force in magnesium that cannot be equaled anywhere else in the world of medicine.

There is no substitute for magnesium in human physiology; nothing comes even close to it in terms of its effect on overall cell physiology. Without sufficient magnesium, the body accumulates toxins and acid residues, degenerates rapidly, and ages prematurely.   It goes against a gale wind of medical science to ignore magnesium chloride used transdermally in the treatment

Take a look at your diet, lifestyle, and symptoms and see if magnesium deficiency could be playing a role in your condition. Ultimately, testing one’s magnesium level should be of prime importance. Tragically, as with testing other mineral deficiencies and toxicities, most doctors still use serum blood testing which offer extremely misleading results and, except in extreme cases, will often come back showing ‘normal’.

“A serum test for magnesium is actually worse than ineffective, because a test result that is within normal limits lends a false sense of security about the status of the mineral in the body. It also explains why doctors  don’t recognize magnesium deficiency;

they  assume serum magnesium levels are an accurate measure of all the magnesium in the body.”
Dr. Carolyn Dean 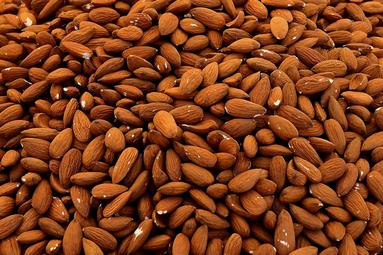